Sitting on a terrace, enjoying a coffee and space around me, observing people who look tired, dull eyes, suspicious and skittish, passing by measuring the distance, I suddenly had this image from the 40s in my mind that mentioned, totally unexpected: “Fellow Countrymen”. Do you recognise this, especially the elderly among us? Go to sleep peacefully was the motto. Later the ones who orated that were gone.

What are your wishes?

Of course we all have our responsibility towards ourselves, but still you are also responsible for your neighbours as part of a unit. I was taken out of my thoughts by the waiter asking me if I wished for anything else. 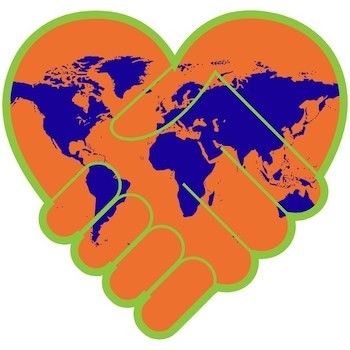 Looking up at him I asked him if there was anything else he wished for. “Oh Sir”, the man said, “If you could make true what I wish to see right now? Love, unity, honesty, trust. Because people don’t have that anymore. Nor do they have housing, or equality. Not to mention solidarity.” When he was finished I asked him to sit down and I told him about the United People Foundation and the B of Joy with all the benefits as he wished them. He stood up, eyes wide open, asked for my card and said: “Allow me to communicate this to anyone who wants to hear it.” He went to get my coffee, I paid, and thought about Fellow Countrymen, but now in 2020.

As a call to all of you:

Join the United People Foundation, B of Joy and experience the benefits of an honest and solidarity-based system of life in freedom and choice. I put on my jacket and even before I left the terrace the man approached me and asked for a promotion card for the ones that were inside. Apparently they had looked up the website. Look, that are “Fellow Countrymen”. He waved at me looking happy and went inside. After all, it was a fertile day.

About the author
Benjamin B. Joy
In my daily life I guide anyone who needs some care and psychological support. I am an international all-rounder in terms of training and I am deployable in many areas. In addition, I am the ambassador and communications manager at the United People Foundation ‘Movement Young Division’, standing up for the younger generation, our children, grandchildren and great-grandchildren to give them a voice for their future in Peace and Freedom. NEDERLANDS In het dagelijks leven ben ik begeleider van een ieder die qua zorg en psychisch welzijn even ondersteuning nodig heeft. Internationaal allrounder qua opleidingen en inzetbaar op vele gebieden. Daarnaast ben ik ambassadeur en manager communicatie bij de United People Foundation ‘Movement Young Division’. Opkomend voor de jongere generatie, onze kinderen, kleinkinderen en achterkleinkinderen om ze een stem te geven voor hun toekomst in Vrede en Vrijheid.
Website
Others also read these