In the past six months and especially the last few weeks, I have been insulted, convicted, humiliated and verbally attacked by various family members, friends and acquaintances.

The reason for this was that I had a different opinion.

In addition, I have noticed that more and more violence is being supported and even more violence is being encouraged by certain people. I also find it strange that almost all of them were people who had completed a higher vocational education or higher education and that they either worked in the HEALTHCARE sector or had an EXAMPLE function in our society.

You would expect that these people would know how to treat other people with respect !!!

It now seems to be the most natural thing in the world to insult, condemn and verbally attack anyone who has a different opinion.

I don’t think it’s normal. Nor is it normal for us to support violence and encourage more violence. 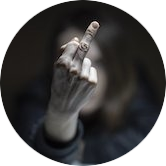 I’ve personally laughed at these insults and verbal assaults because I know this says something about that person writing or saying this and has nothing to do with me. Nevertheless, this worries me, because these people also do this to their children, family, friends and the rest of the world.

It no longer seems possible to have a normal conversation or discussion without having to attack each other PERSONALLY. I know that we are all in a difficult period and everyone has had an unpleasant story last year. I know there are a lot of people right now that are angry, furious, scared, fearful and distraught. I think that does not mean that we no longer need to have RESPECT towards each other if we differ.

Every day I see excessive force used by both citizens and the government to defend their positions. In my opinion this is superfluous and unnecessary.

RESPECT towards each other is one of the basic principles of our society and is a HUMAN RIGHT. 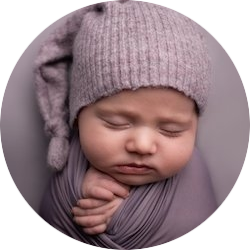 Far too little is done about self-reflection; what is my share (my responsibility) in the situation we are in now?

What is YOUR share and what are YOU going to change to get out of this situation? What does your world look like?

I choose to treat each other with RESPECT.
I choose FREEDOM.
I myself am RESPONSIBLE for my own actions.
I choose to respect and defend OUR New Declaration of Human Rights for myself, humanity and all children in this world.

With this writing, I don’t want to force an apology. I have long forgiven these people for their behavior towards me.

I have tried to convey a bit of awareness. I am convinced that this has worked for a number of people and that is enough for me.

I WISH you all LOVE and WISDOM for now and always.